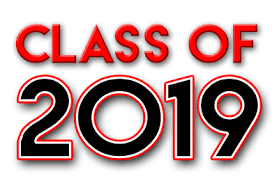 Market Outlook 2019: What to expect this year

We are increasingly cautious for 2019. In our view, markets will prove to be challenging this year with risks emanating from a multitude of sources such as the economy, central bank policy, (geo)politics as well as inherent market dynamics. We will try to present these aspects to the best of our knowledge and understanding:

The world is more indebted today than it was before the start of the global financial crisis. Confounding expectations, global debt has grown by 20% since then. Global debt is an eye-watering 256% of GDP as of 2017 or $72 trillion more since the end of 2007. In emerging markets, debt is 50% higher. Rising interest rates and soaring debt are a toxic combination.

Growth in the major economies appear to have peaked(or close to the peak).

As economic cycle looks relatively mature, the ability of central banks to deliver “soft landing” is questioned by market participants. Under typical circumstances, in a rate hike cycle, one would expect higher long-term interest rates, banks to outperform other equities and a healthy stock market. None of these conditions are present ( see page Chapter 5 for more details).

The rise of populism in several western countries can have significant side effect in economic policy. Imagine a scenario where economic growth weakens substantially and central banks are not able to step up and “do whatever it takes” to help the economy as cooperation with the government and politicians is not effective.

As China continues to challenge United States in all fronts so do risks from unanticipated events rise. These sort of conflicts may have deep economic implications because anticipations of such circumstances trigger behaviors on both sides that can adversely affect trade, capital flows, and business lines.

Markets are overstretched by many measures. One such, the cyclically adjusted price-to-earnings ratio (CAPE), remains elevated by historical standards.  Current levels at 29 are second highest since 1880, well above the global financial crisis of 2008, at par with 1929 and only lower to the dot-com-bubble of 2000 (see Chapter 5 for more details).

The excessive growth of passive investing in the last ten years has created a wealth of choices for investors using Exchange Traded Funds (ETFs). However certain funds, especially the bond-related ones have significant capacity constraints and what appears to be liquid in good markets can be largely problematic in difficult and volatile markets.

Another deeper problem is the nature of liquidity provided by the market itself. As high frequency trading (HFT) has become the dominant provider of liquidity in the stock markets it is not clear (and not tested) what is going to happen in a market downturn. There is strong debate about the effects of HFT and one should be even more cautious as the scenario of market downturn becomes more visible.

The confidence that markets put to central bank interventions has changed the state of the game and has created a source of instability by itself. It is a risk that you don’t see, it hides in the realms of capitalism itself and it can prove disproportionately costly for everyone. Some people call it “shadow gamma” or “shadow convexity“, as it underlies a hidden risk that is highly non-linear in nature. This overconfidence could also explain the fast recoveries from market drawdowns during the last decade, a phenomenon never seen before with many side effects such as the underperformance of active vs passive managers.