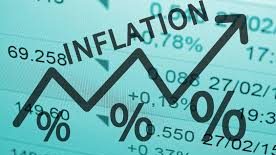 Governments and central banks around the world have unleashed unprecedented fiscal and monetary stimulus for economies floored by the coronavirus pandemic. What are the implications?

Governments and central banks around the world have unleashed unprecedented fiscal and monetary stimulus for economies floored by the coronavirus pandemic.

In a sign of the staggering toll the virus was taking on the U.S. economy, some 17 million Americans have filed for unemployment since mid-March.

In terms of monetary response, the Fed cut interest rates in two emergency meetings on March 3 (50 basis points) and March 15 (100 bps), taking the federal funds rate to 0-0.25%, and pledged $700 billion in asset purchases, or quantitative easing (QE). On March 23, it promised unlimited, open-ended QE, including purchases of corporate and municipal bonds.

The fed also unleashed liquidity as the market was flooded with cash to deal with the coronavirus, with trillions of dollars in repurchase agreements. The Fed applied funding backstop for businesses to provide bridging loans of up to four years. In another historical decision, the Fed also  plans to extend credit to small- and medium-sized businesses.

Futhermore, the  largest fiscal stimulus in history was triggered  by the coronavirus crisis, with the U.S. House of Representatives passing a $2.2 Trillion aid-package, including $500 Billion fund to help hard-hit industries and direct payments of up to $3,000 to millions of US families.

The European Central Bank on March 12 added 120 billion euros  to its existing asset-purchase programme. On March 19, it added another 750 billion euros in QE, taking the total to about 1.1 trillion euros this year, and adding the Greek government debt to the QE program. On March 26, it eliminated a cap on how many bonds it can buy from any single euro zone country

European leaders and finance ministers failed to agree on the issuance of Corona-bonds as a fiscal stimulus to aid hard-hit countries.  However, they provisionally agreed  on  the suspension of limits on EU government borrowing; considering allowing precautionary credit line worth 2% of national GDP from ESM bailout fund.The EU’s total fiscal response to the pandemic amounted to 3.2 trillion euros as of April 10, with 100 billion euros on a scheme to subside wages, so companies can cut working hours, not jobs. The European Investment Bank will step up lending to companies with 200 billion euros, and the euro zone’s European Stability Mechanism (ESM) bailout fund will make 240 billion euros of cheap credit available to governments.

Given the current circumstances many market participants have voiced their concerns over inflation. But let’s describe a little bit more the different types of inflation:

It seems that the most likely reason for inflationary pressures is the demand pull inflation that is caused by the rapid expansion of money and credit as central banks print money to support the economy.

This indeed may be the case but central banks do not worry about it now. One possible reason is the decreasing trend in the velocity of money, a phenomenon since 2009 that keeps inflation worries low.

What is velocity of money

Velocity of money is the number of times one dollar is spend to buy goods and services per unit of time.Increasing velocity of money means more transactions between individuals in an economy.

Why velocity of money is so low still puzzles economists today. Nevertheless FED seem to worry less about inflation as their own model suggest increased confidence that inflation will remain contained between 1.5 and 2.5%