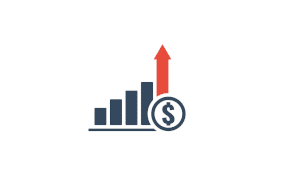 Onwards and upwards or temporary euphoria?

We believe taming inflation has become a principal target for the US Federal Reserve. The Administration has just released one-third of its Strategic Petroleum Reserve (approximately 180 million barrels) to restrain oil prices and US strategic reserves now stand at their lowest level since 1984. The exact plan is to release 1 million barrels of oil per day over a period of the next six months.

Many critics suggest that this may prove too little, too late; perhaps just a political move by the Biden Administration as the midterm elections are approaching. To put this into perspective, Russia exports about 6.5 million barrels per day.

The release of 180 million barrels from the U.S. will not enable the world to cut Russia off from world trade in the long term, as it only covers about 28 days of Russian exports. In addition, the subsequent replenishment of the Strategic Petroleum Reserve is a challenging process with many lurking dangers to watch out for. The Biden’s Administration initiative does not solve the fundamental problem of rising oil prices, but it does provide some short-term relief.

Inflation expectations rose for both the one-and three-year horizons combined with a steadily rising CPI report, adding to the Fed’s concerns about the appropriate monetary policy. The Federal Open Market Committee announced a 0.25% rate hike during its more recent meeting and investors’ expectations imply this is to be followed by six more hikes through 2022.

Nonetheless, ongoing inflationary pressures combined with an increasingly strong labor market, are good reasons for the Fed to perhaps raise rates by 0.5% after the following FOMC meeting on May 4th.

The market now expects rate hikes at each of the six remaining FOMC meetings this year, probably starting with 0.5% hike in May, aggregating up to 2.5% benchmark interest rate for the US$ before the end of the year.

Equally important, the yield spread between 10-year and 2-year U.S. Treasury bonds just turned flat. An inverted yield curve often signals a high probability of recession over the next 18-24 months.

However, markets remain closely tightened to the Fed moves and started to form an upward move after the relief provided by the announcement of the last FOMC meeting on March 16th.

Will this upward trend continue in April or is it just a temporary euphoria?
New inflation-related data, updates from the Fed, and the evolution of the Russia-Ukraine war will play a decisive role in answering this question.